Our students enter 6th grade as children and promote from 8th grade taking their first steps to becoming responsible young adults. We provide vibrant learning environments focused on the educational and social needs of children in these grades.

Our approach combines nuturing and compassionate accountability. The middle school program provides students with the relationships and resources they need to thrive as they begin the transition to adulthood.

Our teachers are trusted advisors who care for their students. Each student is assigned an advisor who works with him or her to develop personal goals for the year, and guide the student toward success.

Our campus is one of the most innovative educational facilities in Arizona. You can learn more about our optimized classroom design and cutting-edge technology below.

In early adolescence, students need to acquire study skills and “learn how to learn.” To meet these needs, we stress reading, writing and speaking skills. We also teach skills in note taking, decision-making, critical thinking, problem solving and higher-order reasoning. Students are taught how to access information and use computers and other technology safely and effectively.

The middle school curriculum also emphasizes character development and promotes personal growth. Under the leadership of caring teachers, students define and strengthen their individual interests. They also master the knowledge and skills they will need to be successful in high school. 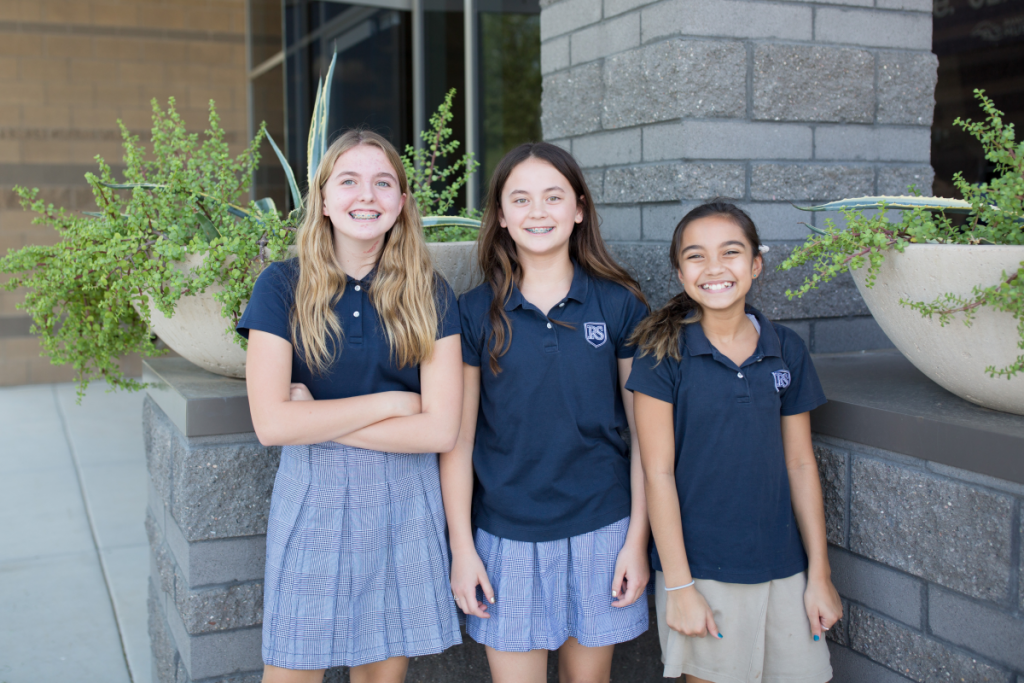 If you would like to learn more about becoming part of the Rancho Solano Preparatory School family, please request more information or see our overview of the admissions process.

Mathematics instruction stresses a clear understanding of the mechanics of computation. It is this emphasis of computations that allows Rancho Solano students to apply the mathematical concepts at high levels.  Students are placed in the course that they are developmentally prepared for at the middle school level.

Students will be given a placement exam prior to entering 6th grade.  They will be placed in Middle School Math Course I, Middle School Math Course II, or Pre-Algebra.  Regardless, of where they are placed, they will be on track to take Algebra I, by the time they reach 8th grade.  Students usually enter high school prepared to take Geometry/Algebra II.

In addition to classroom instruction, laboratory work, and in-class presentations, students from all campus participate in our annual science fair with the opportunity to qualify for the district and state science fairs.

Middle school history covers American history prior to the Revolutionary War through the beginnings of the Cold War in addition to world history from early civilizations in Mesopotamia through the Renaissance.

Students will use critical thinking skills to create projects; compare and contrast; engage in debates, discussions, and written assignments; and discover the relationships between current events and their preceding historical events.

Technology is an in-depth course designed to develop a critical understanding of different applications to help students gain success in the 21st century. Students will gain proficiency in essential skills such as proper keyboarding, simple word processing, presentations and standard software.

Through enjoyable, educational computer-based projects, the technology courses will enhance the middle school curriculum. The use of technology will increase creativity by fostering experimentation and discovery. Students will advance critical thinking through age-appropriate projects with ongoing discussions regarding important topics such as Internet safety and acceptable technology usage.

Middle School Computer Applications is a course which teaches the student a variety of platforms to safely research, create, design, organize, and present information responsibly and ethically.

Middle school Spanish instruction will provide the opportunity for students to gain introductory proficiency in the four basic communicative skills: speaking, reading, writing and listening. In addition, students gain exposure to various cultural elements of the many Spanish-speaking countries.

As students progress through middle school Spanish, they will increase their ability to communicate both orally and in writing by learning to function in real-life situations.

Middle School Mandarin will focus on two aspects: Pinyin and Mandarin communication skills.  Early on, students will learn greetings, names, nationalities, and addresses.  They will speak about family, meeting and making plans, ordering food as well as time and schedules. In addition, students will learn to write Chinese characters in the right order and input Chinese characters in the computer. Vocabulary emphasis will be a focus throughout the program of study.

In French, students will be performing linguistic tasks successfully (speaking, reading, writing, and listening), gaining self-confidence, relying on themselves and classmates, developing their ability to create with language, expanding their global vision and gaining greater insight into the varied perspectives offered by the study of the Francophone culture. French will be spoken regularly in the classroom and communication with the teacher and peers will be in French whenever possible.

Middle School students have the opportunity to elect from a larger array of Fine Arts courses:

Students in grades 6, 7, and 8 have the opportunity to learn art basics through exploration of multicultural connections and major trends in the history of art. This approach includes exploration of aesthetics, art criticism, art history and production in 2D painting and drawing, 3D sculpture and ceramics, and applied design.

Physical education is a comprehensive program designed to teach students how to achieve and maintain a healthy lifestyle in a fun-filled environment. Students are taught fundamental skills and introduced to various individual and team sports, fitness and strength training, nutrition and other applicable topics.

Character development is a key component of the Rancho Solano culture and begins the moment a student sets foot on our campus.

The Rancho Five — Respectful, Responsible, Polite, Considerate, and Successful – are incorporated into our curriculum in ways that transcend the classroom. Rancho Solano students gain valuable character development opportunities that will contribute to their ongoing success as students and leaders.

As with character education, service learning is imbedded in and aligned with the Rancho Solano curriculum. Through Touchpoints, our Global Awareness Program, students are encouraged to think about the world and their place in it. This mentality extends beyond the classroom and students are able and encouraged to become involved in community service.

Helping Hands is a Community Service Club for students in grades five and six. Rancho exposes students to the gift of giving of themselves to their community and world. Students participate in a variety of projects and activities to support our community. REACH is a Community Service Club is for grade seven and eight students who want to be positively involved in the community, gain leadership experience and have a strong desire to improve our world.

Community Service, our Global Awareness Program (Touchpoints) and Service Learning is incorporated into all of our classes and aligned with our curriculum.

Rancho Solano’s innovative College Counseling strategy begins in the sixth grade, allowing our students the opportunity to benefit from our comprehensive, seven-year program.

Students engage in age-appropriate activities and discussions about goal-setting and decision-making, ultimately laying the framework to gain admission into colleges and universities of choice. As students move through middle school and into the preparatory high school, our personalized college counseling program enables students to eventually select, apply and gain admission to their top choice university. 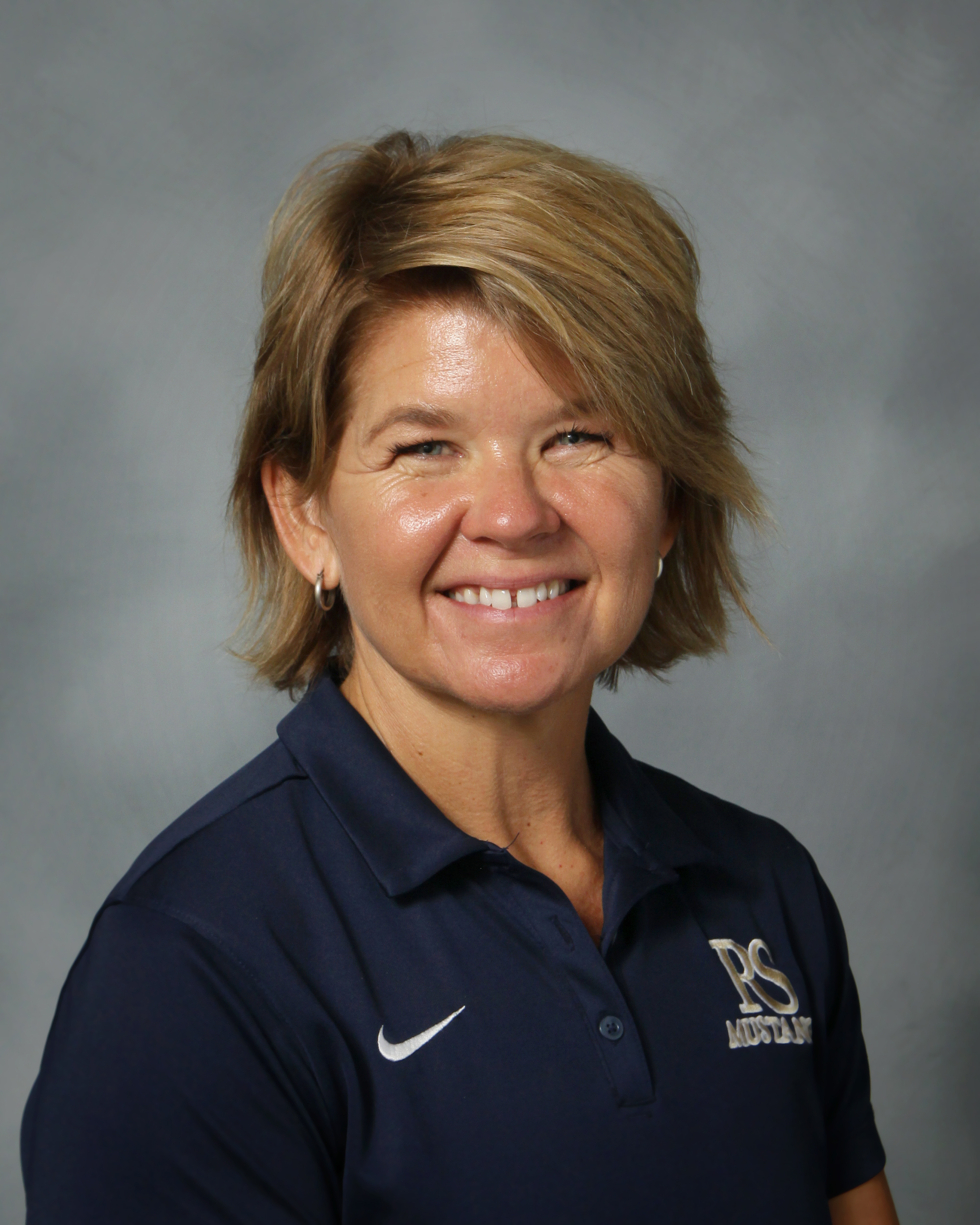